One of the Gods, called himself Lord of Chaos. He broke the rules and made intelligent creatures to be his slaves. He called them demons, and that succubus you killed is being an excellent example. Zix zzix! So demons were the first intelligent race? Yes, indeed. They the oldest and be hating the newcomers as they call all the rest like you and me.

Other Gods got angry at Lord of Chaos and tried to kill the demons. But that not work so Gods made their own intelligent races to fight by them - elves, humans, orcs, imps, dwarves, trolls, lizards I remember my mother telling me stories about the Gods, but I never heard this This long-buried history. Soon it became clear that even with little mortal helpers to fight Lord of Chaos and his demons, good Gods still going to lose.

So good Gods decide to play dirty. They left this physical world forever and this sucked old Chaos Lord along with them. But he got stuck between the spirit and physical plane. There he trapped and place called Hell grew around him. Not exactly Good, at least you paying attention. Nobody really understands what happened to old Chaos. Now listen to more. Mortal races eventually kill all the demons. All demons go down to hell to play with big bad Lord of Chaos, ha ha.

But sometimes demons find ways to come back to Land of the Living. Possess minds and tear-up innocent people. So good Gods, who now live only in spirit-world, choose certain mortals to become champions against evil Let's Play Divine Divinity: Some call me a god. Some call me a murderer. I'm both.

Question is: Would be cool, if wen can solve this in the next game. I mean, it wouldn't be hard, the groundwork is already there and most of the holes in the Divinity Lore are gaps, that just need to be filled. There's no point trying to hope for consistency in the lore. Something which is canon in this game might be non-canon in the next game, but canon again two games from now. Eh, fiction is all about lying. And one of the recurring theme of the series is, that you have to discover the lies of your forebears, so I can still forgive them some hickups.

People lie in this games, a lot. But I agree on one complaint, that I read a lot: Originally Posted By: Where does deathfog come from? Undead don't get affected by deathfog, so as demon. Both of these race must come from same plane, or deathfog only kill non-eternal races.

After all of them are dead, The Advocate will appear immediately and engage you in conversation, ultimately revealing the location of the Nameless Isle as promised. The quest is effectively complete at this point, although you can still choose to attack him. Like most of this game and it's battles, Summons are your saving grace. 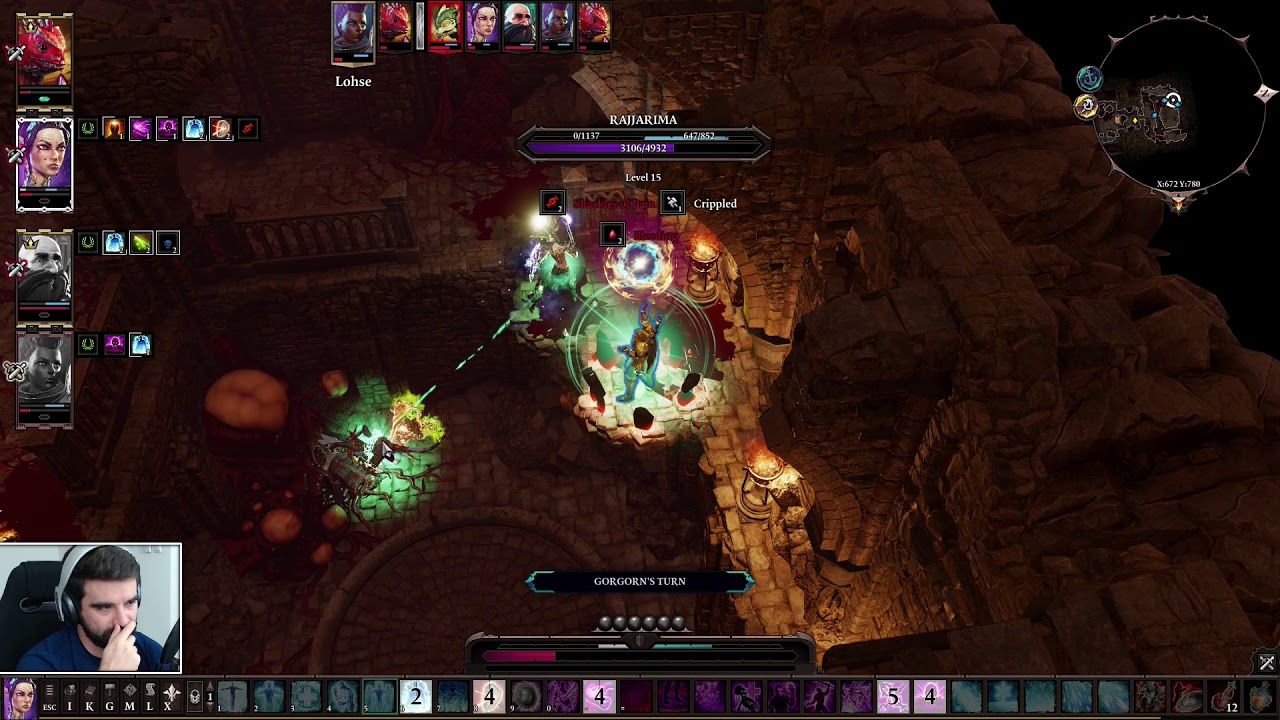 I teleported the Bone Golems far away to the east behind the trees, then blocked the routes with Bone Widow Spiders, too many things in this game are undead that love poison, so Angry Flower summon is frequently a big mistake. Sure is a flaw in the game, as is trying to have Fane on your team, he gets attacked with healing spells that can wreck him, and only a couple of team-"healing" spells actually won't hurt him the spreading Heal spell actually bypasses him, like all group healings should do so that you don't injure or kill Fane.

Other than that, the tree battle was fairly easy, just attack from the back side and that helps too. I managed to cheese him with deathfog not with the deathfog barrel trick from game start. There is a small cloud of deathfog at one side of the broken bridge, you can transpose it to the other side of the bridge quicksave each time you manage to transpose it to one "tower" as it's heavily glitched and sometimes the cloud just disappear. Once you managed to transpose it, bring the advocate by teleporting him he won't attack you right away: Teleport him once with a character, talk to him with another, teleport the advocate on the deathfog, ends the conversation.

You win. Coming up behind the brute and teleporting him as far away from the encounter as possible will make him leave combat and be able to be killed whenever you want. Making the fight fairly easier. If you initiate the fight at the right time you can catch the four black ring Also starting the fight from the opposite end of the pain weaver that speaks to you buys you some time before the brute can make their way over and when they do if you can teleport them away while you finish off who ever is left standing. Ok, so I didn't know that if you kill the black ring dudes before talking to him he gives you nothing.

If you tell Jahan you won't kill the advocate he attacks you.

It is impossible to win this fight as he is level Don't stand too close to the tree when killing the last foe, it will trigger the advocate and his allies to attack you. Regarding him being evil or not, well I just judged him based on his followers. He himself is wellspoken enough but his followers seem to be a bunch of insane demon cannibals who looked upon us more as morsels to be ripped apart rather than anything else. Needless to say, I took pleasure in quickly massacring all I was able to find of them on the Island. And in DOS1 Jahan, although often difficult in his approaches, was a party member.

I also just like the guy and demon hunters in general tend to be badasses. So yeah, a favor for old friends. Jahan's part of the quest is bugged for me in this playthrough my third playthrough Doesn't even give me a skill book! I guess I'll find him a prisoner in the Doctors basement when I reach Arx? After you kill the Advocate, make sure to clear the island of his remaining minions. There are 3 by the gate at the broken bridge who might've greeted you when you arrived on the isle.

Then there's the Mabldq the Stalker a possessed dog or whatever on the beach. A word to the wise: If the Advocate dies by any means, you will be ambushed by a particularly strong group of Nemesis demons in Act 4 Arx - near the Black House as part of the Doctor's Orders quest. I teleported the Undead Black Ring Destroyer to advocate to be taken caren of - not a good idea: If you killed the Advocate, some strong enemies will appear for revenge in Arx act 4. They are strong but good for more XP.

If two of your party have the teleport skill, you can teleport them between the bridge poles without paying and without using spirit vision. Is the Advocate a bad person?

On the other hand, Jahan says his master's an arch demon. Just took my sweet time teleporting the Undead Destroyer all the way back to the Advocate before the fight. The Advocate attacked me right away after the Black Ring combat, but I believe it was because I've used Battle Stomp to finish off the last enemy. Reloaded and killed the last one quietly - the Advocate engaged me in dialogue.


You can just move the corpse of Black Ring Destroyer faraway.